Repackage the current data and offerings of the LA Times to engage the younger demographic audience through emerging technology.

It is well documented that Americans feel less and less attached to their communities, which has resulted in a multitude of problems for the nation’s political, economic, and cultural fabric. This decline has also hurt the local news industry - in Los Angeles, for instance, Angelenos’ lack of connection to their city has resulted in them purchasing fewer copies of The Los Angeles Times, forcing the newspaper to explore nontraditional ways of exhibiting the city’s relevance.

Each academic year, a cohort of dedicated and creative USC students are selected as Ahmanson Lab Innovation Scholars to work on interdisciplinary projects. I was an Ahmanson Scholar working on this project as a UI lead.
‍
My Approach

The LA times archive has high quality images that beautifully capture historic moments and traditions. Using these photos as the centerpiece, out team was creating stories from the archives that readers today would be interested in e.g. What did kids in the 1930's wear for Halloween.

I started my process by creating these low-fi wireframes.
‍ 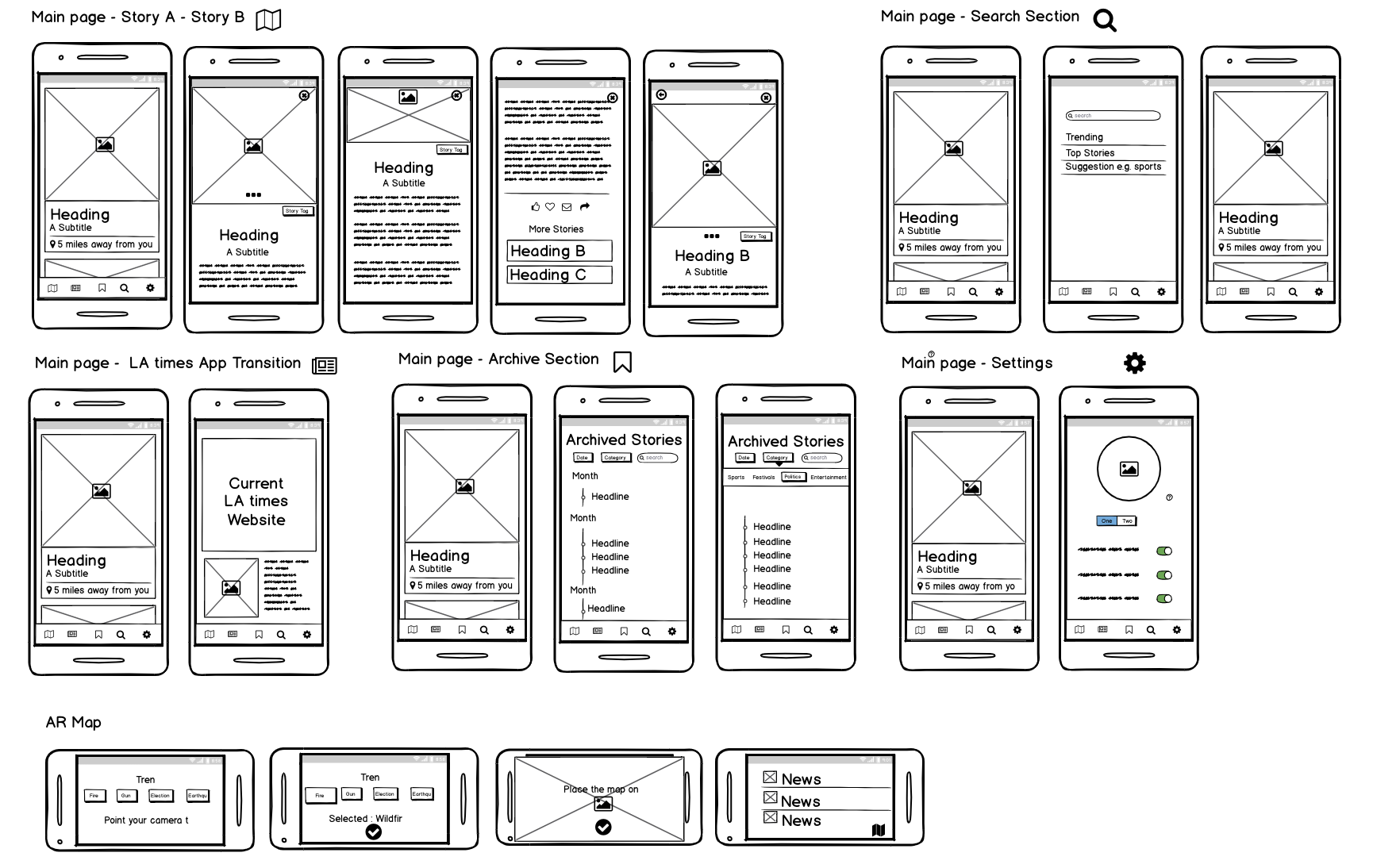 I then mapped out the information architecture of how the user would move through the LA Times Archived Stories and transition into the AR Experience. 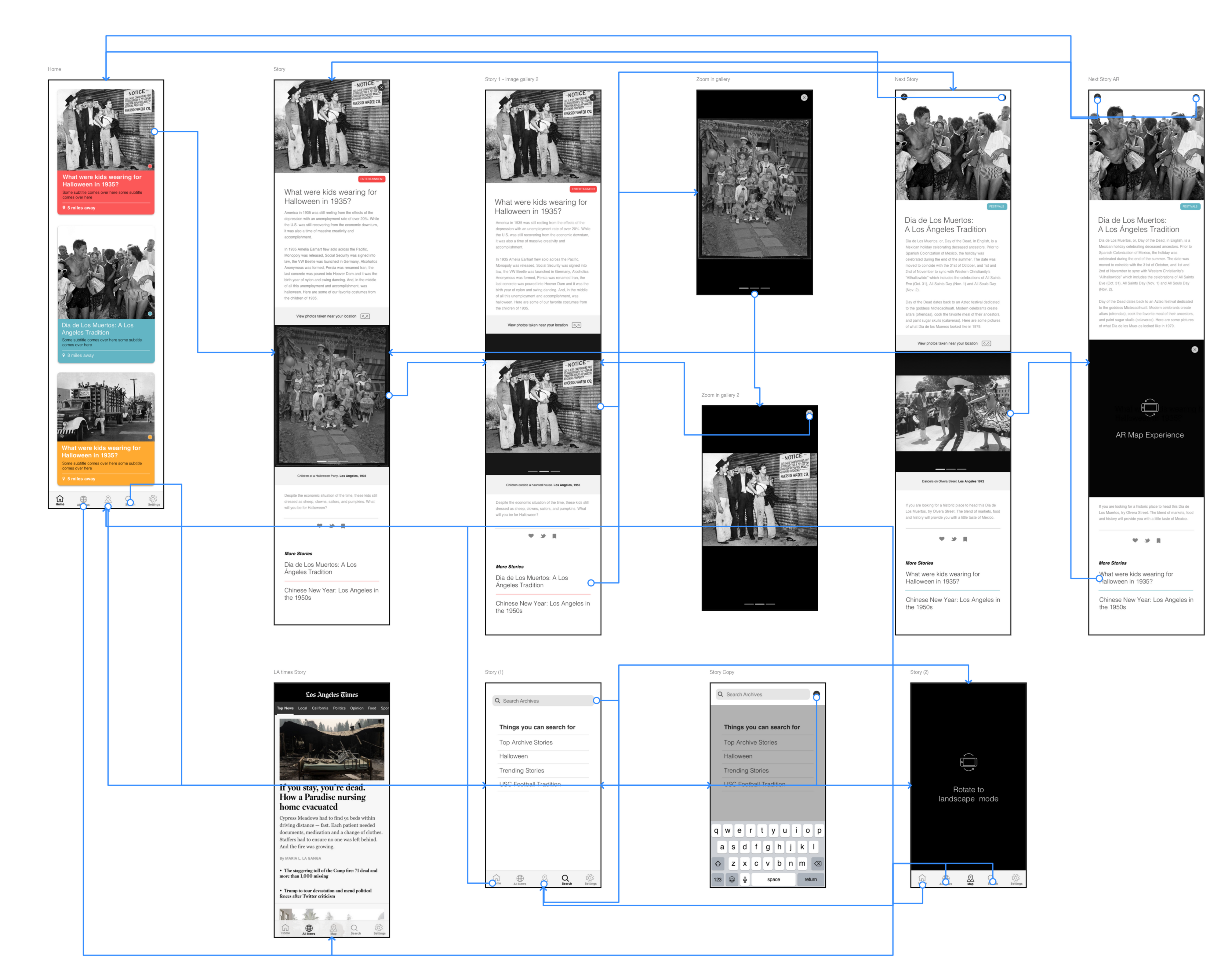 To ensure a standard design, I also created the following style guide with specifications for the development team.
‍ 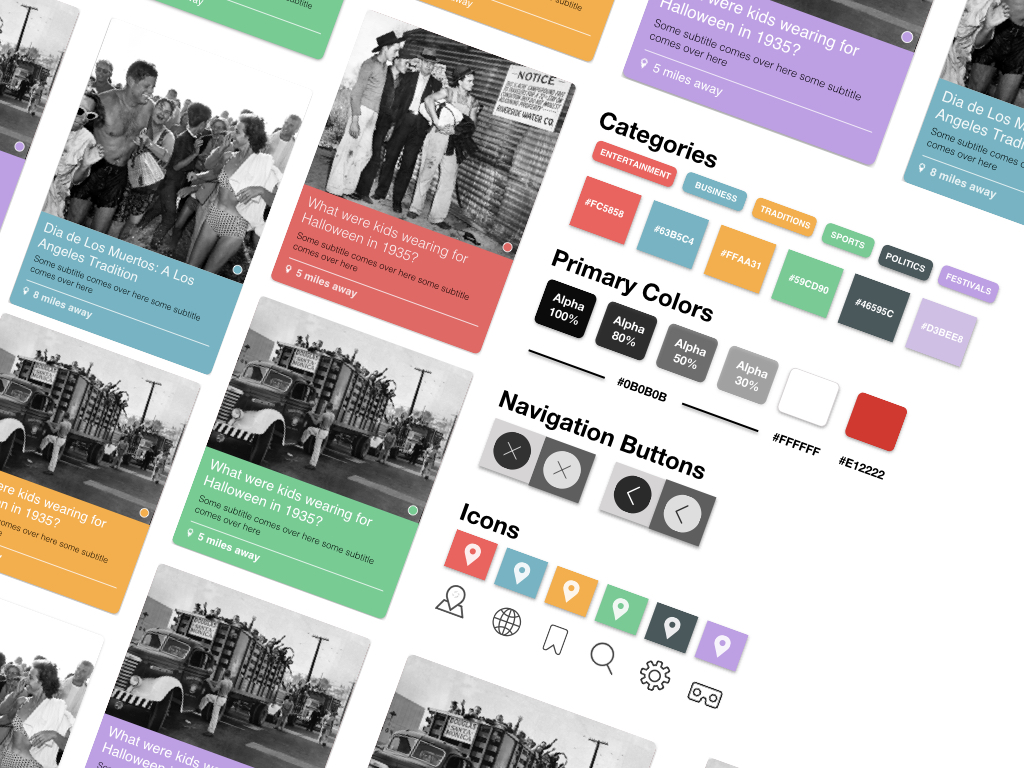 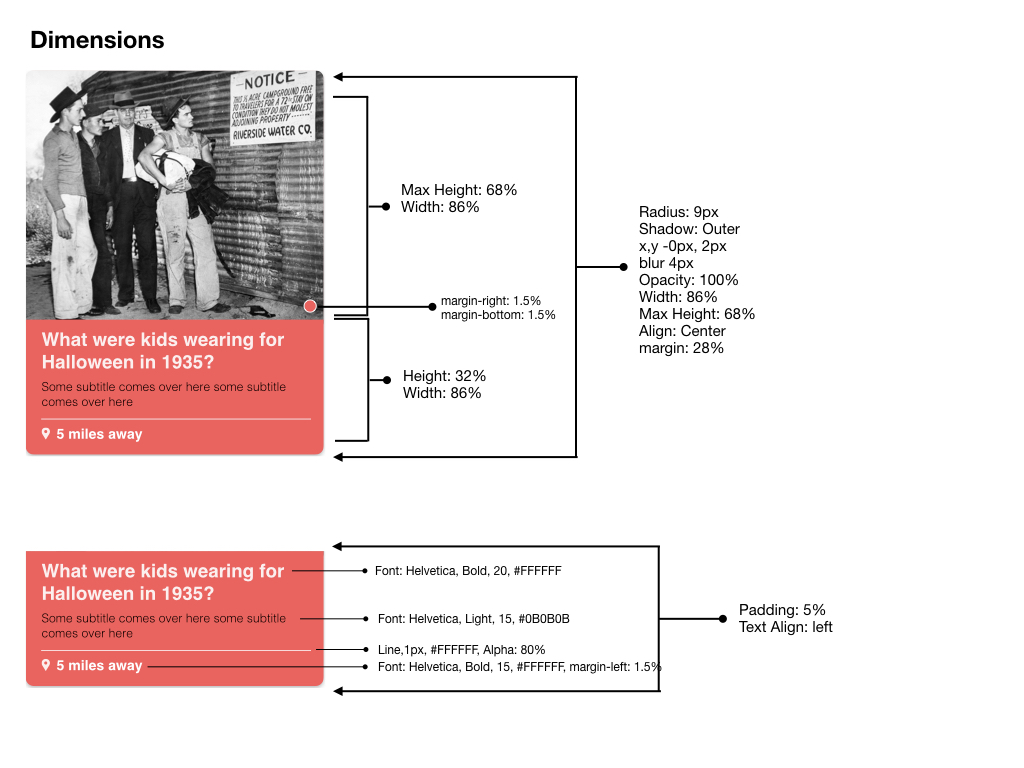 After several rounds of user testing, I reiterated the design. View the interactive prototype here.
Below are screen recordings of some features:
App loading
Reading a story
Navigating the App

The second project my team worked on was an AR storytelling experience. The purpose of the AR story was to show the LA Times how information gained from their current reporting and research practices could be translated into journalistic AR experiences.

In this section of the project, I helped developed the AR storyline and worked with developers to create the AR Interface on Unity UI Canvas. These are the takeaways I had from this experience:
‍

For this experience, I followed the same process as concept 1. These are two screenshots from the AR experience that I worked on.
‍
Left - Place a map of Paradise on the surface and use the slider to view the progression of the fire
‍
Right- Gamified version of "Items one needs to pick during a fire". Purpose of this was to help readers see the sense of urgency and confusion caused by the wildfire.

To view the full version of this experience please contact the LA Times directly.
‍